Female singer and songwriter, Seyi Shay has advised her female counterparts on what to look for before dating a guy. 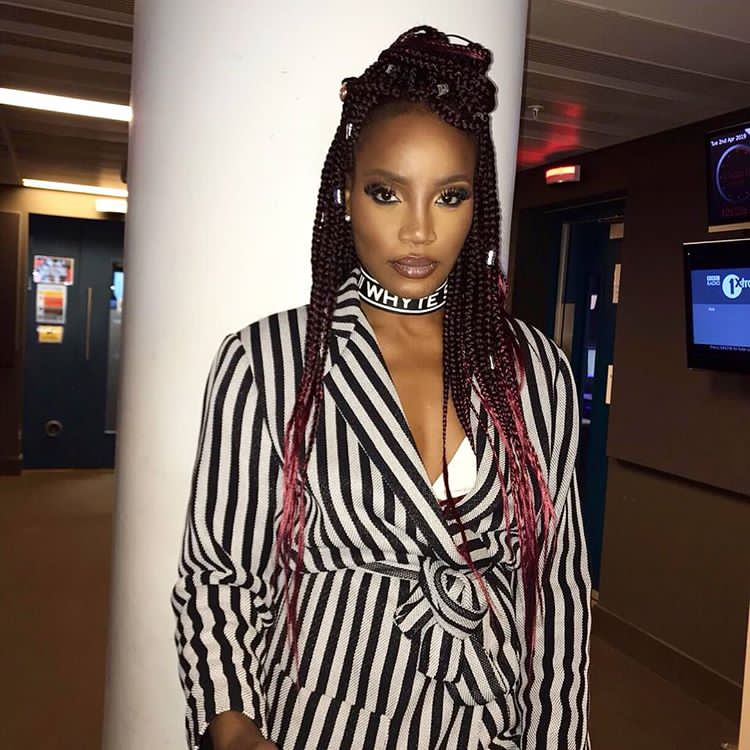 some love him dark while some prefer the light and others one with six packs, Seyi

dating someone based on looks alongside as she claimed it’s shallow.

According to the sexy screen diva, women should be considering other things like

money before they get into a relationship with men.

Dating someone based only on looks is soooo shallow. Consider other things like; Do they have a lot of money?

Dating someone based only on looks is soooo shallow. Consider other things like; Do they have a lot of money? 🤔 pic.twitter.com/YRPPujUWEF

Seyi Shay has become addicted to advising her fans on the social media platforms as well as dishing out some adorable fashion goals.

The award winning actress has been turning heads with her beauty in the past few and has not been shy in flaunting her hot body.

Seyi Shay:s activities on social media have seen her fans stuck to her page as they continue to enjoy the beauty being displayed by the sexy star.

Clarence Peters' girlfriend of 14 years defend him over Kodak's death

‘Religion is one of the major problems in Africa’ -2baba | Theinfong

Author LawallekanPosted on May 11, 2020
Nigerian legendary singer, Innocent Ujah Idibia, popularly known as Official2baba has weighed in on the backwardness of Africa and Africans. The Benue born musician...
Read More

Author LawallekanPosted on May 1, 2020
The last week’s might have been quite stressful for Nigerian actress Yvonne Jegede, who has been exposed to face allegations that she is having...
Read More

Author LawallekanPosted on October 29, 2020
There was rigidity at Ibadan College on Wednesday, with the establishment’s non-academic workers unions protesting the nomination processes for the college’s new vp. A...
Read More