Nigerian Rapper, Singer and songwriter CDQ flaunts his shoe collections ahead of his 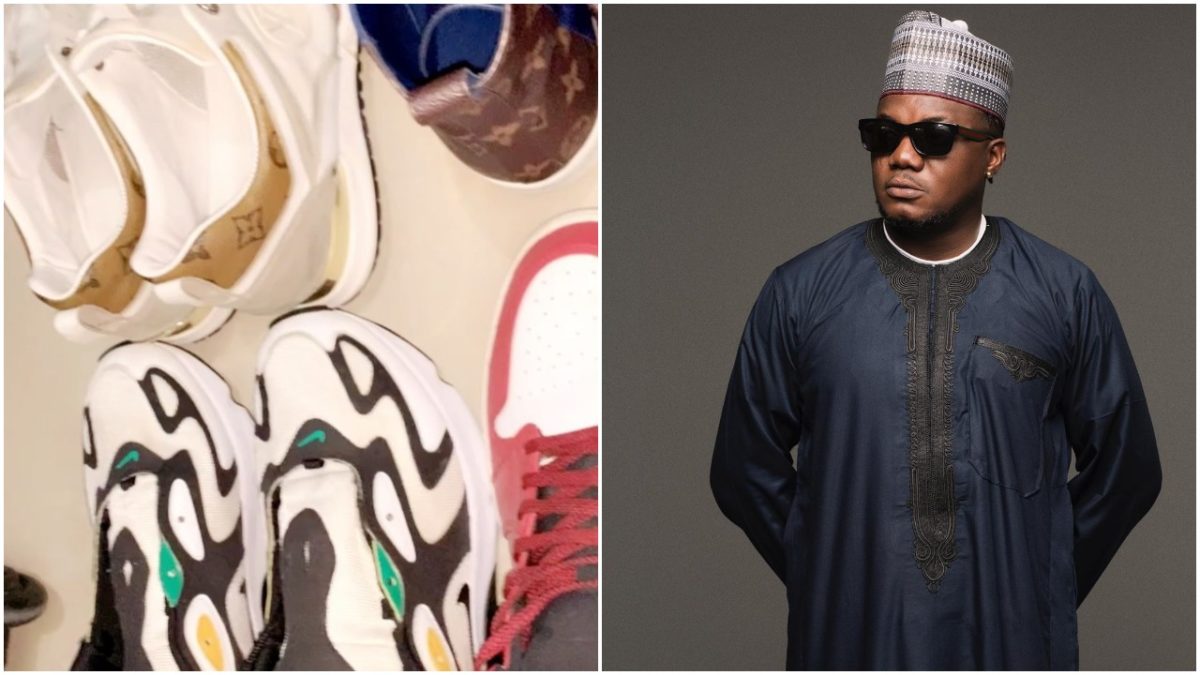 shoes would be my 5yrs salary.

than to give them amazing photos on his birthday.

featured on Music producer Masterkraft‘s Indomie song along with Olamide.

His first single Nowo E Soke became an instanf hit back in 2015, the native of Ilorin, Kwara

State ,Nigeria has since then gone on to release 4 studio albums.

SCROLL DOWN TO WATCH VIDEO as Singer CDQ flaunts his shoe collections:

featured  super star singers like Tiwa Savage and the likes.

In other news the Nigerian Center for Disease Control, NCDC yesterday night confirmed

more COVID-19 cases of 245 index number across 30 states in Nigeria, Lagos has a high

included Lagos, Ogun and the FCT,Abuja for over a month and one week,

but normal actives resumes Yesterday has more businesses have been allowed

Meanwhile from yesterday observance across major parts of Lagos, millions of Lagos threw caution to the wind by not observing any form of social distancing.

Author LawallekanPosted on June 8, 2020
Actress Ovire says ever she has been falling in love, Igbo men are the set of people that are not romantic at all. The...
Read More

“All I Wanted Was Birthday Sex”, Actress Joke Jigan Laments

Author LawallekanPosted on November 23, 2020
The Ekiti State Police Command detained a #EndSARS protester, Moyinoluwa Olowoyo, for 30 days with out trial for collaborating in demonstrations within the state,...
Read More